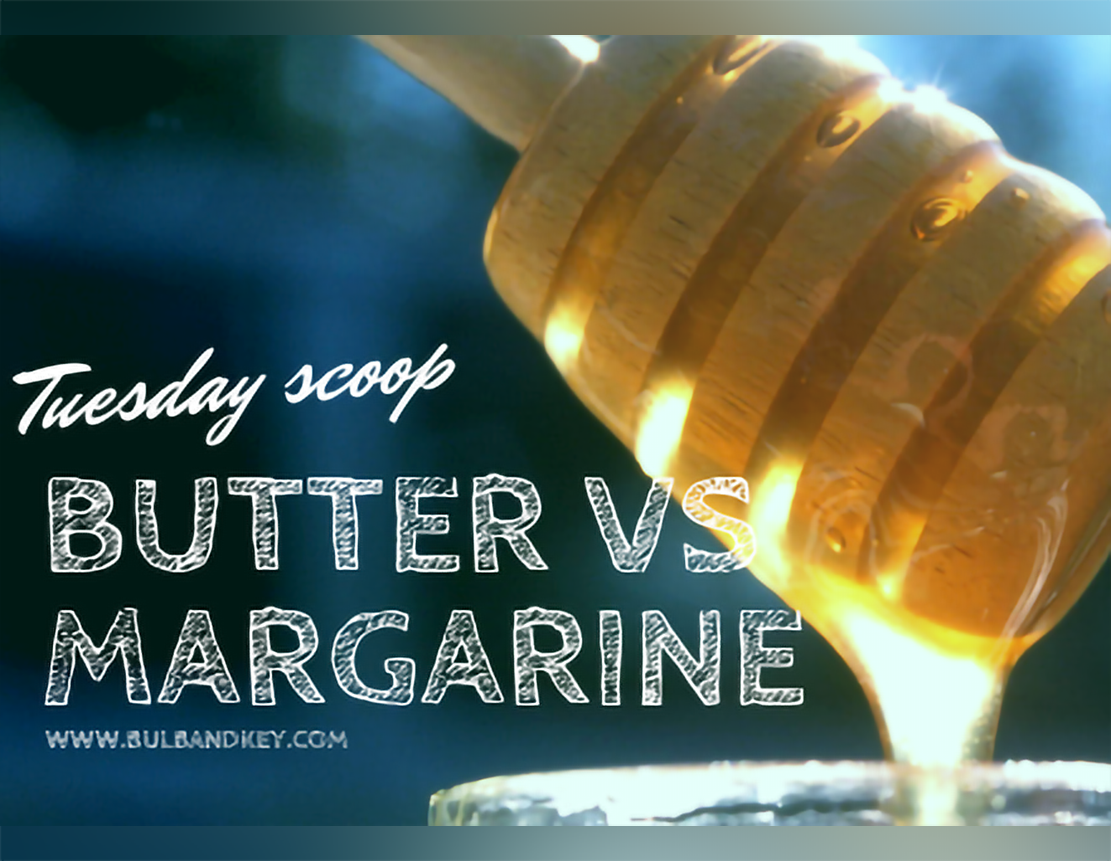 Butter has been a very traditional dietary staple for ages that is made out of churning cream. It’s mainly used as a frying fat, spread or component of sauces, cakes, cookies, etc. Since it is obtained from a concentrated source of milk fat, it’s mostly composed of saturated fats. Butter can not hold for long in room temperature.

Margarine, on the other hand, is a processed food that is designed to taste and look similar to butter. It is a cheap and stable replacement of butter that was invented during the war period to as the countries in the war were looking for a cheaper option to replace butter. Margarine can hold for long in room temperature.

Modern types of margarine are made from vegetable oils, which contain polyunsaturated fats that can lower the “bad” LDL cholesterol when used instead of saturated fat. Since vegetable oils are liquid at room temperature, food scientists change their chemical structure to make them solid like butter.

For the past few decades, a process known as hydrogenation has been used to harden the vegetable oils in margarine. Hydrogenation increases the oil’s saturated fat content, but unhealthy trans fats are formed as a side product.

Products made from Butter or Margarine?

This has been a debate for ages now. Many people prefer butter over margarine considering the fact that it’s cost-effective when it comes to mass production.

Butter is more suggested for baking, because it’s high fat content (80% fat), gives the best results, such as tenderness and flakiness.

Margarine is not recommended for most baking processes since it contains as little as 35% fat – the rest of it is mostly water. Use it only in a recipe that specifies it. If you use margarine to make cookies or biscuits that called for butter, they would spread out too thin and end up burned. Margarine is okay to use for most other cooking though.

Although its difficult to differentiate if the final product is made from B or M when it comes to products like cookies. But if you ask me any product made using butter is always utterly butterly delicious.

So, which of the two should you choose? The answer depends on what you personally prefer and what kind of outcome you want. If you want to consume less calories and sodium, you should opt for butter. But if you’re looking to consume less saturated fat and cholesterol, margarine is the better option. 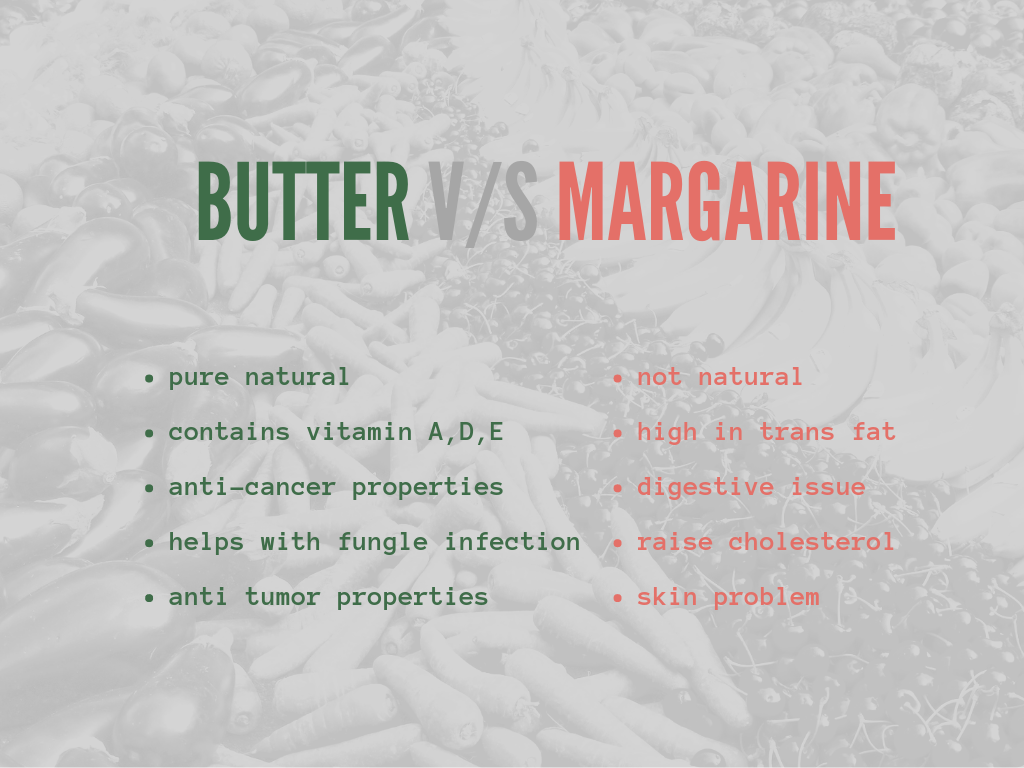 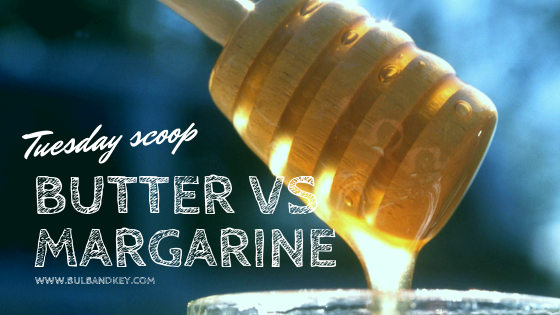 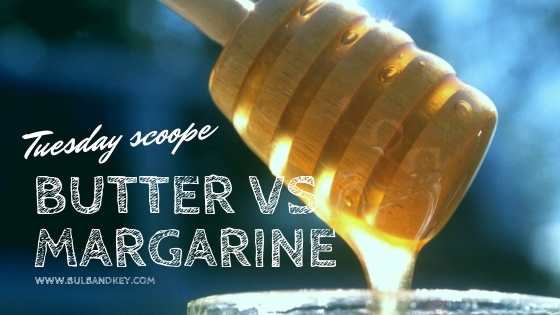 3 thoughts on “[Tuesday Scoop] War Between Butter And Margarine”