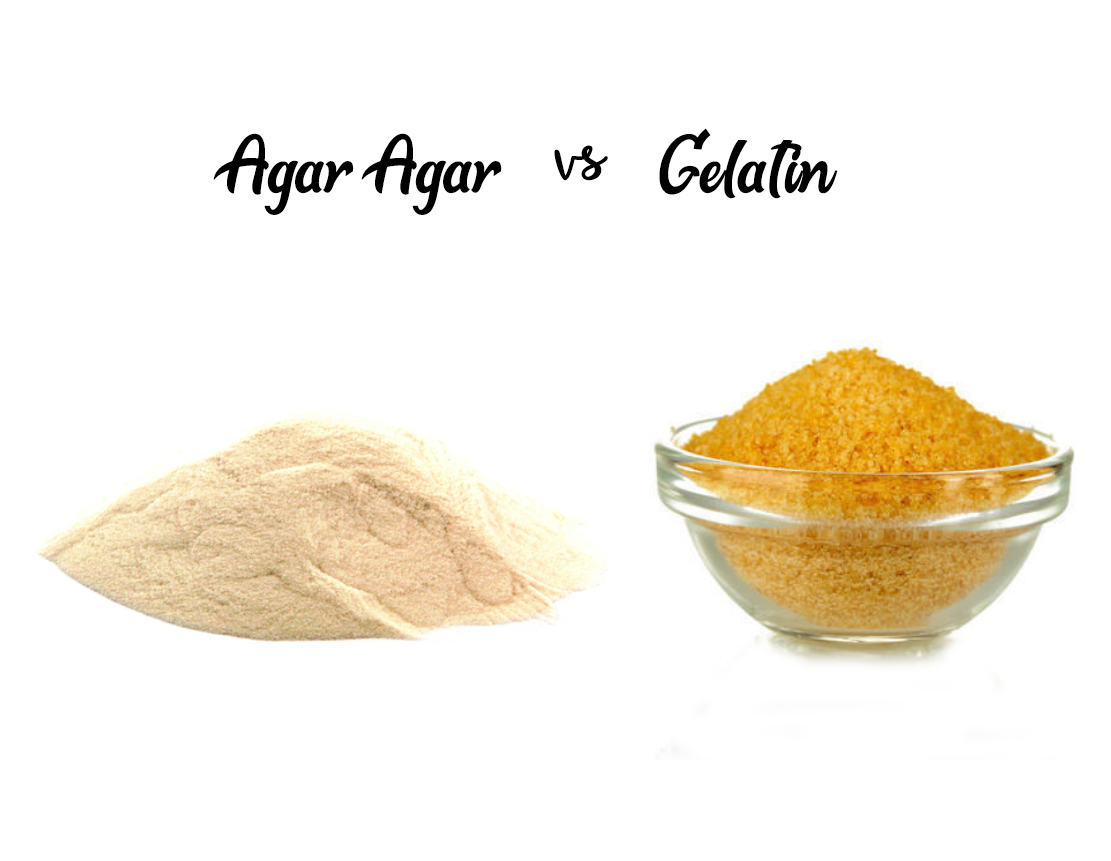 "Be slow of tongue and quick of eye. "

We have been tangling up ourselves with the confusion between these two similar ingredients in baking, but little do we know that both of them come from different sources.

Although, they carry similar properties they have different origins and traits.

Let’s cut to the chase and talk about agar-agar and gelatin in detail and get ourselves cleared up and make baking easier.

Agar-agar is a colorless and odorless gelatinous substance made from seaweed, this makes agar-agar absolutely vegetarian when the seaweed soup gelled in the cold night agar-agar was discovered in Japan around the year 1658.

Gelatin is a colorless but has little odor made from the collagen found inside animal bones and skin, it is made from the by-products of leather and meat industry, it had some obligations but later fish by-product gelatin fixed that issue as well.

Agar is derived from red algae

Gelatin is made mainly from the collagen present in bones.

Fun Fact – Around the time of World War II, approximately 2,500 tons of agar were produced annually.

Gelatin melts at 35 degrees Celsius and solidifies at low temperatures but the exact gelling would depend upon the concentration and time of standing.

Agar is low in saturated fat and cholesterol and high in calcium, folate, iron, and vitamins

Agar-Agar needs to be brought to a boil in order for the setting to occur.

Gelatin can be dissolved in warm liquid and left to set.

Agar is derived from the Malay word agar-agar known as jelly and is also referred to as Kanten, China grass or Japanese isinglass.

Gelatin, in common parlance, remains the same but is known by several other terms in the industrial context.

Agar-Agar is a perfect gelatin substitute when it comes to vegan cakes, though both of them carry different and variant cooking timings and solidification instances. This clears up our confusion and now you can choose which one you want to add to your masterpieces.