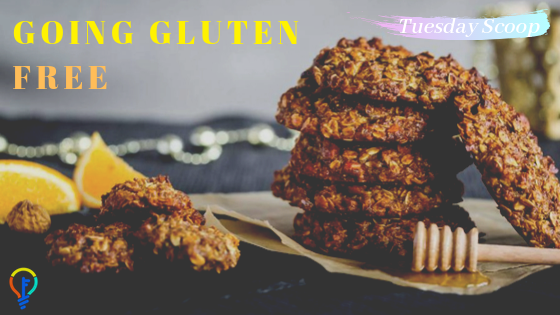 So initially when the concept of gluten free cakes poured in the industry I was of the opinion they might not taste as good as the other cakes… sometimes it was ewwwww too. But eventually with the rising awareness and options in this vertical I have started to believe more and explore this vertical.

In today’s Tuesday Scoop we’re discussing what are gluten-free bakes? how to make a cake recipe gluten-free so that you can have gluten free cakes that still taste great and have great texture – is it possible!

So you have a cake recipe that you want to make gluten free, but how do you go about it?

Do you simply substitute the wheat flour for gluten free flour? Do you go to the supermarket first and buy a whole lot of fancy and complicated ingredients to make it?

Gluten free baking can sometimes really sound complicated and costly. I must admit in my initial days when people asked me to bake gluten free cakes I used to loath it. It seemed like a rocket science to me and the results were not rewarding enough. But now since I know the secret I wish to share it with you members…

Lets first understand what is GLUTEN?

Gluten is protein that works as a binder giving a light, soft texture to the cakes and bakes. It creates an air pocket in the bakes. Cakes made with gluten (typically) should have a light, moist and tender crumb.

SO, what happens is the bakes are minus GLUTEN?

The moment we try to remove the gluten out of our normal bakes the bakes turn out to be dry, hard, flat, crumbly. I term them yucky…..

A gluten-free bake excludes the protein gluten. Gluten is found in grains such as wheat, barley, rye, and a cross between wheat and rye called triticale.

So to create gluten free cakes there are there major steps.

We have to use binding agents that bind our cakes and they don’t crumble and fall apart.

These ingredients will help to create air bubbles in your bakes making it more airy and giving it a light texture.

Using the correct type of flour is the game changer. You might prefer making your own or shopping … both option are equally good.

Let’s also have a look why people go gluten free?

So, now that we understand the three major steps involved and the reason for going gluten free let’s also take a minute to understand that though gluten is found in several high-carb foods, like wheat and barley, eliminating it isn’t exactly doesn’t lead to going gluten free. You can substitute gluten with something like rice or quinoa—something that is naturally gluten-free.

There are many option available in market that can get your bakes at par with the gluten bakes In our next Tuesday scoop we will be sharing few options that can enhance your GLUTEN FREE BAKES. Until then Dasvidaniya!!!