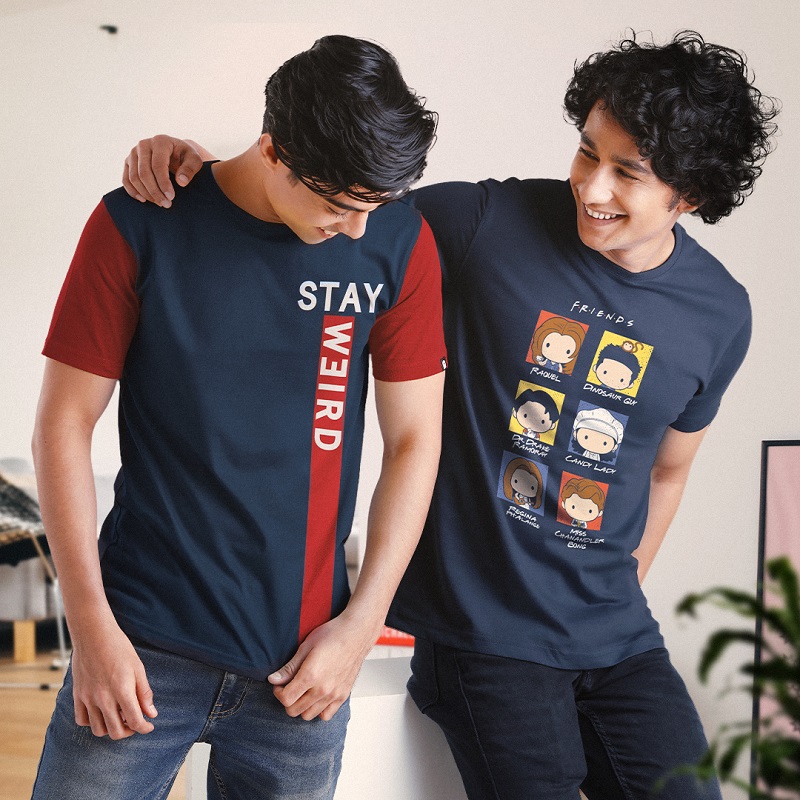 Are you tired of looking at the office t-shirt custom printed graphics? I am sure you are!! It is so very boring to keep wearing the same t-shirt over and over again for weeks and months. Office t-shirt designs for men are even boring than that for women. Just one standard design style and you are done! You never like it and your mind wanders elsewhere..it wanders around the t-shirt designs of your choice.

I am sure, I am not the only one who falls for the TV series characters. The heroes, the villains, and sometimes even the side-actors drive us crazy. We want them around us whatsoever. We start finding ways to fulfill this desire of ours. T-shirts are one of the best ways to do so. Let’s have a look at the best TV series T-shirts to buy in 2020. 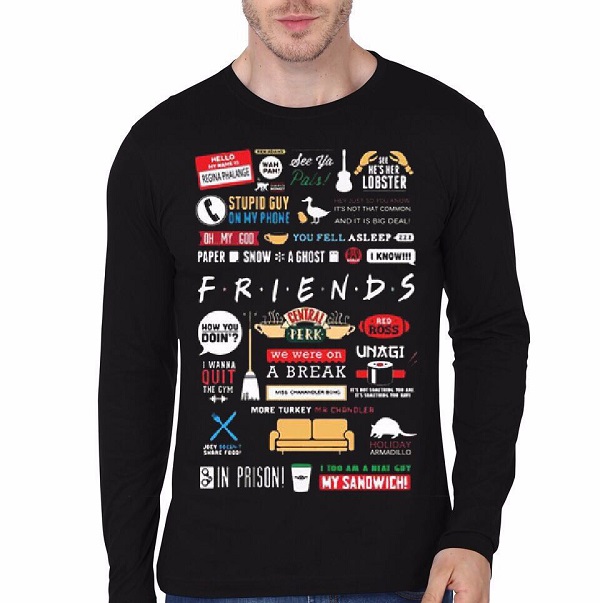 Is there anyone out there who hasn’t watched the series Friends? There could hardly be a handful of such people. If you haven’t watched it, you must. Friends TV series t-shirts have not failed to be in the trend for a decade or so. They still bring smiles to millions of faces. How can we forget Chandler’s sarcasm and Phoebe’s silly statements? Friends TV series quotes T-shirts always top the best-sellers in the market when it comes to TV series T-shirts. 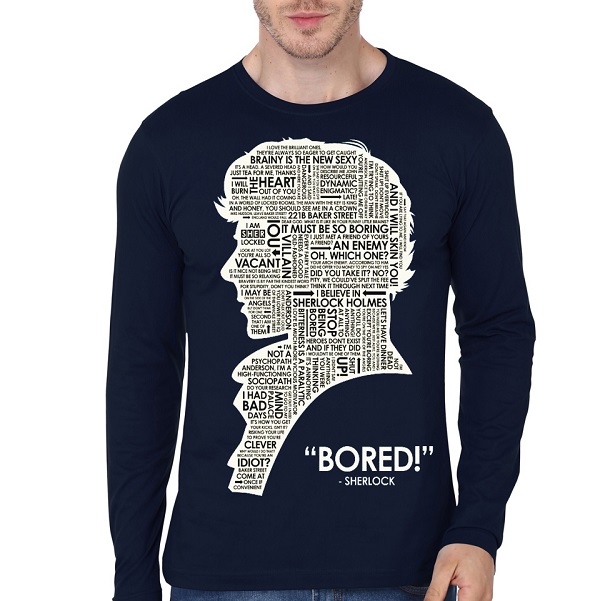 ‘The name Sherlock Holmes, and the address is 221B Baker’s Street!’ 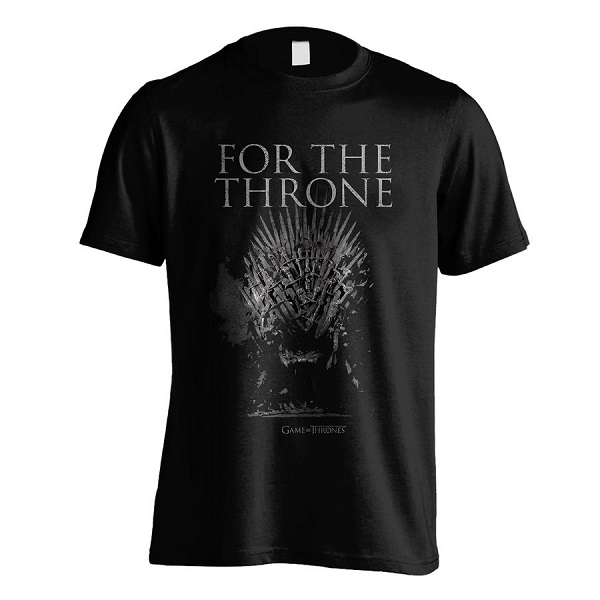 Game of Thrones earned a large fandom in very little time. Youth and even adults loved this series for its another level of creativity, storyline, and accuracy. The game of thrones mother of dragons t-shirt became extremely famous right after its release and stood out as a great success. People loved it so much that various designs and quotes from the tv series also gained popularity in recent times. Game of thrones printed t-shirt is the best to buy if you are a fan of the GOT series.

Read:-Things To Keep In Mind For Your Online T-shirt Business 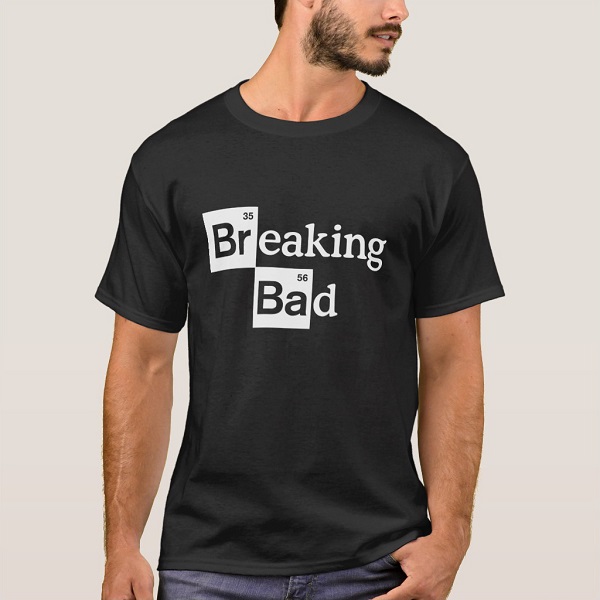 It is a series that was released a decade ago. It was a massive hit then and is still trending on Netflix. The breaking bad T-shirts usually come in dark shades for the kind of nature the series had- thrilling and mysterious! Out of a wide variety of t-shirt designs of this series, Heisenberg t-shirt breaking bad is the most popular one of all time. 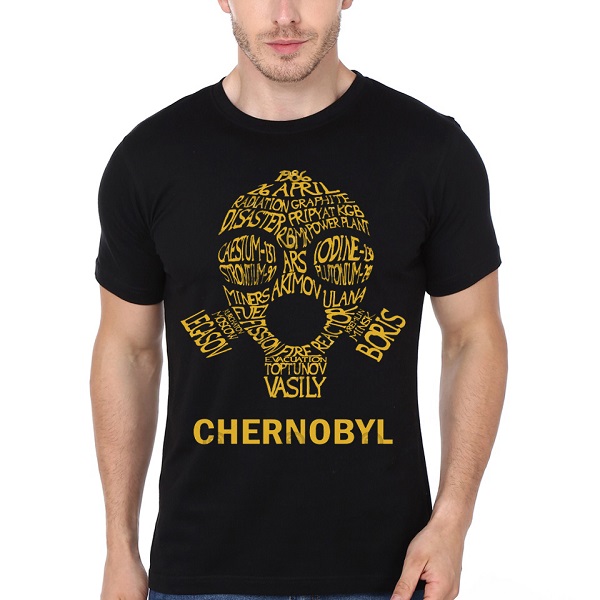 Released in 2019, Chernobyl won numerous awards for its brilliance. Chernobyl was one of the shortest tv series of the year but it managed to have followers across the globe. Right after the release, orders for customized Chernobyl t-shirts flooded in the online market. Printed t-shirt Chernobyl are readily available online and are best to buy at affordable prices and attractive designs.

So, which one do you plan to buy? How about buying one for yourself and gifting your friend his/her favorite TV series t-shirt?