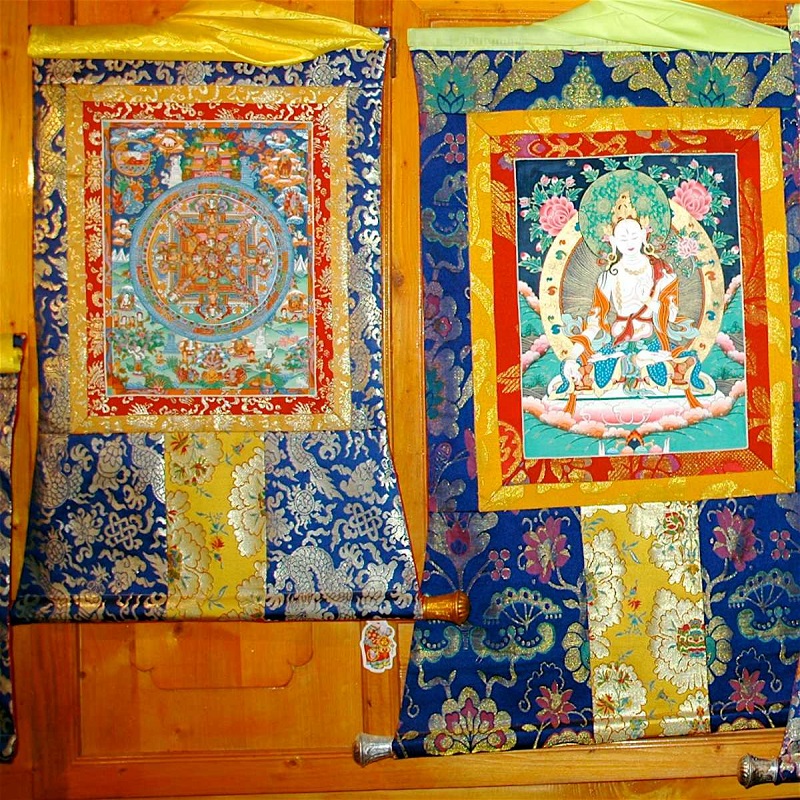 6 Indian Handicrafts You Must Buy!

"Until you make peace with who you are, you will never be content with what you have."

A tribute to the dwindling tribal and traditional art-forms

Ever since I was a little kid, my mother would take me to Local Seasonal Expo fairs and handicraft exhibitions. As a child I was often fascinated by the myriad of colours and mirror work. I adored the shiny embroidery on soft silk, and the beautiful feel of fabrics like pashmina and muslins. These were exquisite, and quite expensive. Nowadays, we often see celebrated Indian and international designers sourcing indigenous hand woven fabrics for their designs. The trend of personalised crafting is now couture. But little do we care about the makers and protectors of this art. We are a diverse country, rich in culture and creativity.  And as blissfully unaware appreciators if art, we fail to recognise the tiny tribal communities, whose primary source of income is through these arts; who unfortunately are making the tiniest share, despite pouring maximum effort. We go to emporiums and malls to buy products, but we fail to rush with the same ease to government fairs, and local expos where these communities are directly selling their products. This blogpost is to create awareness about these lost crafts, so that the next time you see a batik handprinted printed kurta, or an indigo block printed wall hanging, you buy it from the locals, from the source, and in the process, save our culture, and the dwindling number of tribal artisans. 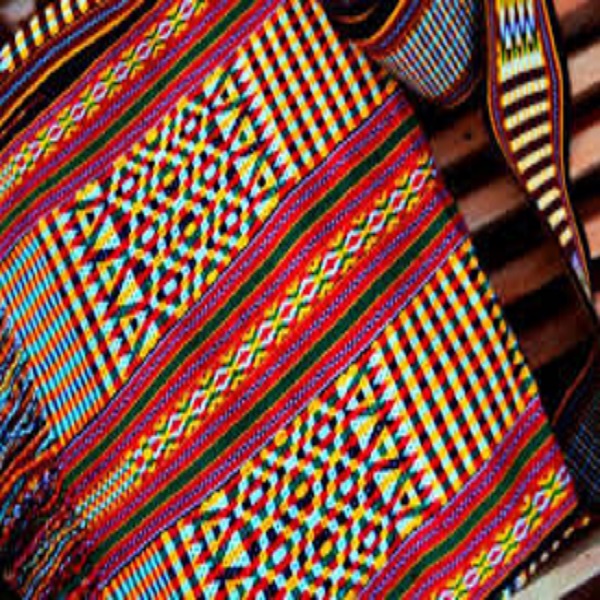 Ziro Valley, popularly known for their open air international music festival also happens be the home of one of India’s most pristine and untouched tribal communities- The Apatani People. The tribals preserve their identity by wearing the indigenous handlooms which often are ornate with motifs and designs of symbolic significance. The vibrant colours will not only brighten up your style, but these nature dyed scarlet, indigo and emeralds will be keepsake possession to cherish. 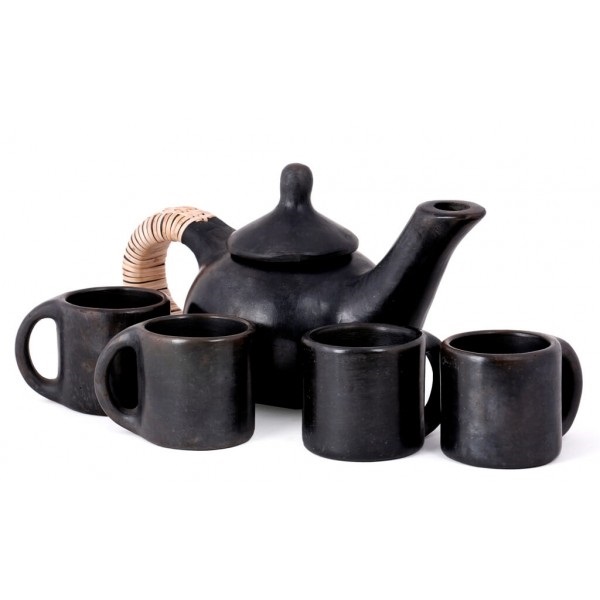 Also known as the Royal Pottery or the black pottery of Manipur, these pots and vessels are a prized possession for you cooking enthusiasts. The potters use Lison, a naturally black serpentinite stone found in Kapungrum, Ukhrul; and Salanali, a special brown weathered rock available in selected river banks. They are remarkably lightweight for stoneware and extremely eco friendly.And if this already hasn’t piqued your interest, then maybe the fact that the Taj group of hotels use these pots for preparing their Dum biryanis for a rich earthen flavour, will surely make you purchase Longpi Pottery. 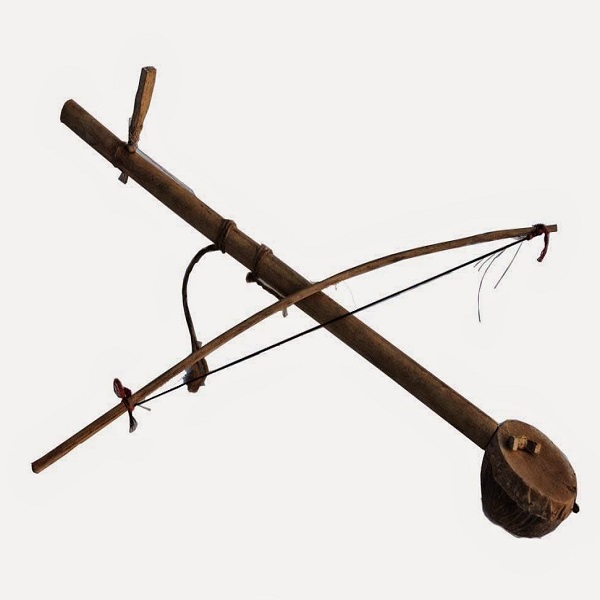 The tribal santals are known for their festivities being accompanied with music and dance. This community often makes their own musical instruments ranging from simple percussion instruments to intricate string instruments. The most popular Santal instruments include Tiriaw(flute), Banam, Tamak and Tumdah.

The Tririaw is a flute with 7 holes. It is made bamboo, and is viewed as a symbol of love.

If you are a musician, and are looking to expand your range, you would be pleasantly surprised at how beautiful these tribal instruments can sound. 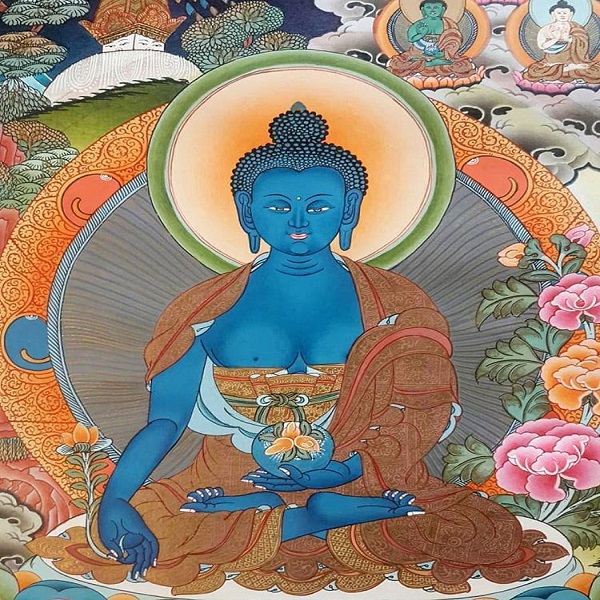 Thangka literally translates to flat painting on a scroll or a wall. I had first seen this art form in a buddhist monastery in Darjeeling, and years later again in the Tibetan influenced hill station of Dharamshala. Thangka paintings are a creative form of Tibetan expression, and are found in most buddhist monasteries, but are predominantly popular in Ladakh. They are exquisite paintings made from natural dyes on linens and cotton fabrics. This form of painting dates back to the 7th century, and is of great symbolic and artistic significance. These paintings are a pictorial depiction of the mystic visions of Buddhist monks. They are now becoming increasingly popular among tourists as souvenir purchases. 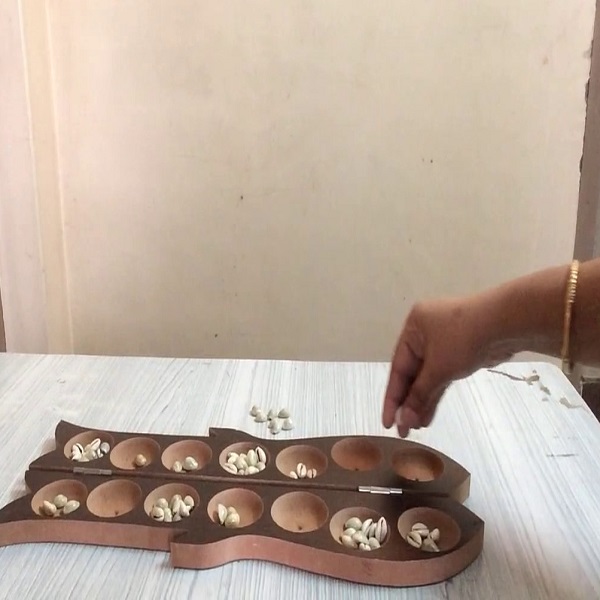 While the world is now obsessing over strategy board games, little did we bother to trace back on our roots to discover that India was one of the oldest creators of strategy games. Aadu Puli Aatam is a 2 member or two team strategic game which is also known as Lambs and Tigers. It’s a simple setup with limited equipment. Pallangzuhi is also a 2 player game, played with cowry shells or seeds as counters. You can find easy detailed instructions online on how to play these games. So now is the time to put our thinking hats on, and indulge in a little bit of ancient Indian strategy and game play. 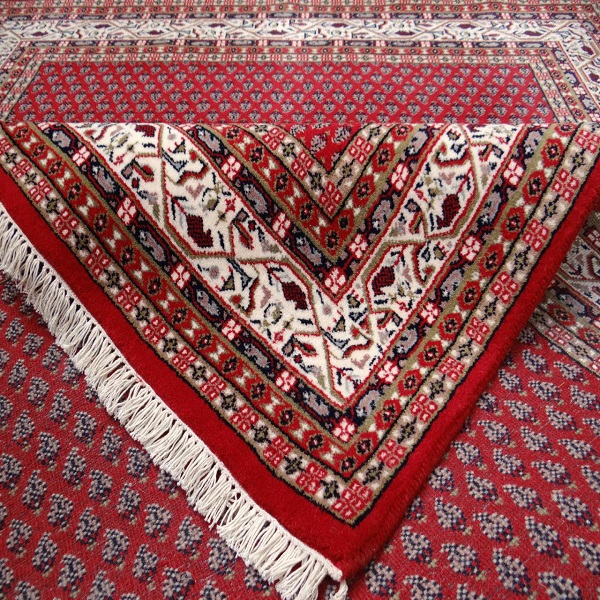 What’s surprising is that Bhadohi in Uttar Pradesh is known internationally for it’s carpets. This was the first place in Asia to set up a school to study and better Carpet Technology. Yet when it comes to sale of carpets, most of their purchasers are international buyers.  We often decide to throw a Turkish rug, or a fuzzy American carpet, over buying these exquisite Indian carpets. So how about we go local, see what our country has to offer.

3 thoughts on “6 Indian Handicrafts You Must Buy!”